Pip is a Kelpie and always had a bit of excitement Urinary Incontinence. After being desexed it got way out of hand. 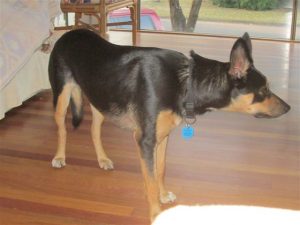 Shelley her owner sent us this email on 10 December 2012.

“…. it has always been that she did a pee in her sleep between 1 to 2 times a week but in the last week it’s now every night and sometimes during the day when she’s sleeping. It started to happen when sleeping after exercise (it always happened on a weds night after herding). I take her out at midnight for a pee – which she happily does. She always pees a bit when she gets excited around other dogs and her “special” friends.”

At one stage she would evacuate her bladder while sleeping without any awareness at all. It took 4 healing plans to a) bring Pip up to a good level of health and b) heal all the issues surrounding her incontinence. By June 2013 Pip was in complete control of her bladder.

Shelley sent us this testimonial.

“I had a young Kelpie that I initially thought was being difficult to toilet train. But it developed into serious incontinence where she should be asleep on the floor and be surrounded by a pool of urine..and she wouldn’t stir. She needed to be toileted twice during the night. Initially I took her to the vet to eliminate a urinary tract infection, the vet advised that she would need medication for the rest of her life and that they would like to do more tests…no thanks. Pip went on Cathy and Eric’s plans and within a couple of weeks there was a significant improvement in her incontinence. Now 5 months on, no incontinence and I get to sleep through the night. Thanks again to Cathy & Eric for their amazing plans and remedies.

Just a side note to this case study. Shelley initially started working with us because her Rottweiler Finn was constantly sick. He had been exposed to flood waters in the Brisbane floods and the bacterias we was carrying around stopped him from being well. We cleared these issues with plans but Shelley still finds he is sensitive to chemical exposure, often resulting in ear infections. At the time of writing this post Finn’s ears were good and clear after his latest healing plan.

Shelley ran 5 plans over the cause of 2013 and has to date lost 27kgs. The healing plans are designed to release the load and restore proper internal function. Once that is achieved then the body can run as it was designed to run.

Shelley has since convinced her sister to run plans and after her first one she is feeling so much happier and less stressed. 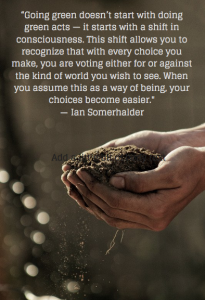 Hours
Monday—Thursday: 8:00AM–4:00PM
Other times for emergencies or by appointment.